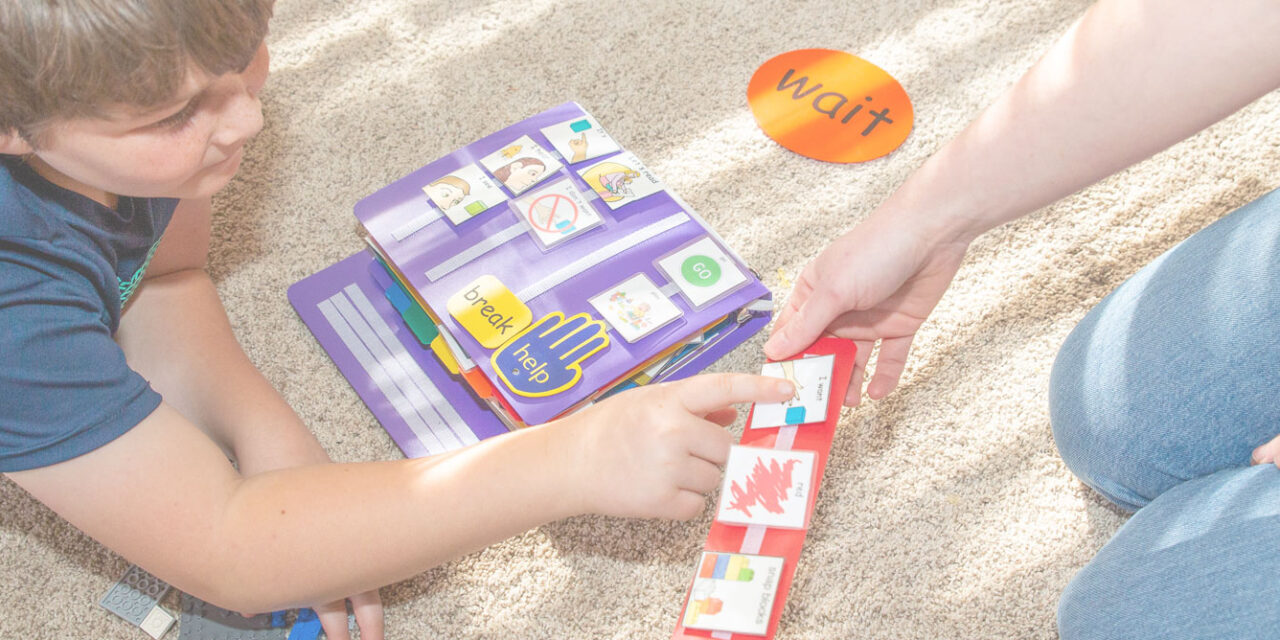 When I first met “Chris,” he was three years old. He walked into our Child Find screening day shepherded by his mother; her look of exhaustion and apprehension spoke volumes about their time together leading up to this day. It was obvious that Chris showed the classic signs of Autism. His “communication” consisted mainly of screaming, jumping, and crawling under furniture. At times he would erupt into “fits” that had no readily-apparent trigger. He was using no words and did not appear to be responding to the words of others. He had self-stimulatory behaviors and obsessive interests. We conducted our screening as best we could, referred him to an audiologist to rule out hearing loss, and began paperwork to test him for special education eligibility. Within weeks he was enrolled in our pre-school special education classroom and I started him on the PECS program; excited to try this new-to-me method of therapy.

Chris moved quickly through Phase 1, seemingly hungry for the effective interactions that these colorful little pictures opened up for him. His motivation, at that time, was highest when working for “Nerds” candy. Like so many children with Autism, Chris craved the sensory pop of sour or tangy tastes. As the days went by we moved through the program and he would occasionally attempt to say what sounded like a word. Then, words began to emerge, clearly formed and related to the items at hand. We began Phase IV: Sentence Formation. Chris initially stumbled a bit as the expectations of the task changed, but he recovered quickly and quickly grasped the idea. Within a session or two he was arranging the little icons on his orange plastic sentence strip and handing over his message, like a relay runner handing off his baton. Still though, he would only say one word each time; sometimes not even that. Nevertheless he was communicating and we were making progress.

Then came “The Day:” We began our Speech session and I got out a small box of strawberry-flavored “Nerds” candy. Chris’s eyes lit up as he reached for his blue PECS book. Deftly selecting and affixing his icons, he handed over his sentence strip. But before I could look at the icons, Chris clearly spoke words which still echo in my memory to this day: “I WANT NERDS.” After I recovered from my shock I fumbled to open the tiny candy box and reward him for his efforts. I may have emptied the whole box into his hand I was so excited. To this day, five years later, I still have that little empty “Nerds” box tucked into my desk; a reminder of Chris’s victory, and mine.

Pyramid uses cookies on our website to give you the most relevant experience by remembering your preferences and repeat visits. Some cookies are necessary to help our website work properly and can't be switched off, and some are optional but help Pyramid learn user habits to better improve customer experiences.

For instance, we and third party services such as Google Analytics use information about your devices and your online interactions with us to provide, analyse and improve our services.

This website uses cookies to improve your experience while you navigate through the website. Out of these cookies, the cookies that are categorized as necessary are stored on your browser as they are essential for the working of basic functionalities of the website. We also use third-party cookies that help us analyze and understand how you use this website. These cookies will be stored in your browser only with your consent. You also have the option to opt-out of these cookies. But opting out of some of these cookies may have an effect on your browsing experience.
Necessary Always Enabled
Necessary cookies are absolutely essential for the website to function properly. These cookies ensure basic functionalities and security features of the website, anonymously.
Functional
Functional cookies help to perform certain functionalities like sharing the content of the website on social media platforms, collect feedbacks, and other third-party features.
Performance
Performance cookies are used to understand and analyze the key performance indexes of the website which helps in delivering a better user experience for the visitors.
Analytics
Analytical cookies are used to understand how visitors interact with the website. These cookies help provide information on metrics the number of visitors, bounce rate, traffic source, etc.
Advertisement
Advertisement cookies are used to provide visitors with relevant ads and marketing campaigns. These cookies track visitors across websites and collect information to provide customized ads.
Others
Other uncategorized cookies are those that are being analyzed and have not been classified into a category as yet.
Save & Accept